While at the University of South Carolina, he was the recipient of the Abney Scholarship Award and the Anderson Junior Assembly Scholarship. He was on the Dean’s List and President’s List. He was a member of Alpha Tau Omega fraternity.

While in law school, he was the recipient of the I.M. Goldberg Scholarship, the South Carolina Trial Lawyers Association Scholarship, and he received the CALI Award in Professional Responsibility. He was a member of the Pi Delta Phi legal fraternity and on the Dean’s List.

Since 2001, Kevin has been in private practice, focusing on domestic, criminal and civil litigation. He is a member of the South Carolina Bar, Greenville County Bar Association, Opportunity Greenville, and he served on the Greenville County Bar Law Week Planning Committee. He is a member of Grace Church where he and his family are actively involved. In 2006, he was appointed Associate Judge for the Municipal Court for the City of Mauldin, where he served until 2008 as a part-time judge presiding over criminal matters and ordinance violations. Kevin is rated AV Preeminent by Martindale-Hubbell. This is the highest peer review ranking available and a testament that his peers rank him at the highest level of professional excellence in the areas of: Legal Knowledge, Analytical Capabilities, Judgment, Communication Ability and Legal Experience. 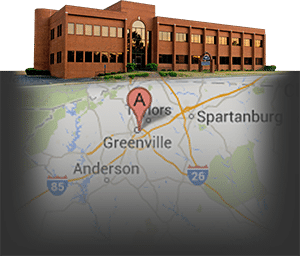